PHOENIX, Ariz. (Oct. 28, 2020): Individuals experiencing homelessness on the Human Services Campus (HSC) who are registered voters and want to cast their ballots will be driven to polling places or dropboxes by drivers from Elaine, Arizona’s first transportation system for the homeless and underserved.

The collaborative effort follows a two-day voter registration drive on the campus several weeks ago so that “those on the campus who meet voter qualifications but still lack the means of transportation will have the opportunity to share their voices in this upcoming election,” said Elaine Executive Director Eric Barr.

Interested voters can sign up for round-trip rides in one of three Elaine vehicles on Monday, Nov. 2 or on election day from 7 a.m. to 4 p.m.

HSC Program Manager Richard Crews, who organized the voter-registration effort in collaboration with Maricopa County and State of Arizona officials, said that “ensuring those who want to vote the chance to do so is the natural next step in the process.  Just because they may be experiencing homelessness shouldn’t deprive them of their right to have their voices heard.”

Barr said a running list of voting locations has been developed using Maricopa County Elections Department data which will be monitored “to see in real time which have the shortest waiting periods so we can transport as many individuals as possible.” He said that among the targeted locations are the Phoenix Convention Center and the Arizona Opportunities Industrialization Center, both near the Human Services Campus.

“There is a frequent misconception when it comes to the homeless. Many of those who are experiencing homelessness are people who have worked their entire lives, but at some point their fixed income was no longer enough,” said Elaine Founder Vivienne Gellert.  “There are many people out there who are one rent increase away from homelessness, sadly a majority of these people being seniors. When those at the Human Services Campus expressed an interest in voting but had no way in getting to the polls, we were called to do something”.

Elaine, an Arizona nonprofit organization, launched in January 2019 by Gellert of Paradise Valley to transport men and women experiencing homelessness between hospitals, healthcare appointments and human service organizations.  Its mission has expanded to provide consistent access to locations that are vital for physical and mental health including physical and behavioral health providers, grocery shopping, employment, community centers, job and housing interviews, banking and education, among others.

Elaine is Arizona’s first transportation system for the homeless and underserved, aimed at addressing access to the Social Determinants of Health (SDOH). Through partnerships with community stakeholders, and human service/health organizations, Elaine provides consistent access to locations that are vital for physical and mental health- grocery shopping, healthcare, employment, community centers, job and housing interviews, banking, and education. If Elaine does not do this – no one else will. For more information, visit www.elaineaz.org.

About the Human Services Campus

Founded in 2005, the Human Services Campus is a collaborative force of partner organizations united on one campus to end homelessness. Located just west of downtown Phoenix, 16 independent agencies on the Campus see nearly 1,000 individuals every day, offering a holistic range of client services including: reunification with family and friends; mental, physical and dental health; shelter; employment; meals; legal services and housing. Having all of these resources in one location with intra-agency communications makes it more feasible to provide a customized engagement for each client to help end their homelessness. For more information, visit www.hsc-az.org.

Support The HSC Every Time You Shop On Amazon

HSC does not pay investment or fund management fees when co-investing with or funding outside organizations. 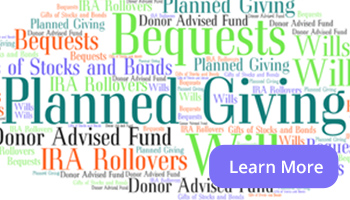